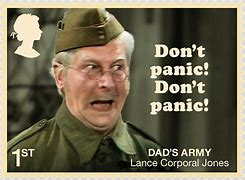 Those famous words from Corporal Jones in ‘Dad’s Army’ may be worth heeding.

For the Selection Hunter Preset Systems, March’s figures are definitely showing red rather than a glorious golden glow. 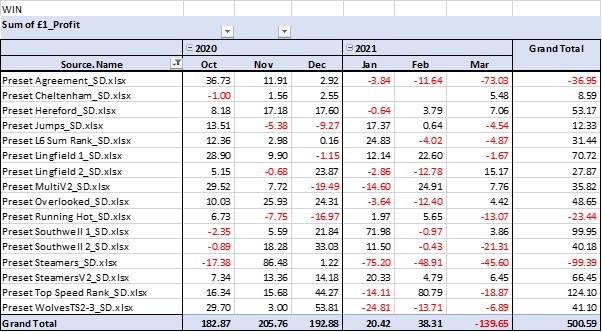 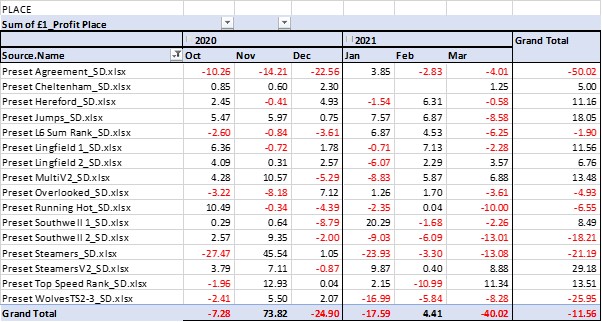 I’m going to keep this post simple: Losses happen but let’s have a brief look at possible causes.

It is March. What happens then?

Add into that the enduring Covid restrictions we have a period of variability and uncertainty.

We can’t even look to 12 months ago for any reassurance in data trends.

What we can do is try to assess the performance against known measures that (hopefully) have maintained consistency across the time frame.

For example, published Industry Ratings (Racing Post Ratings, Official Ratings, Top Speed Ratings). Now I am making an assumption here that the tech gurus and coding elves have not adjusted their algorithms during the pandemic: Why would they? Horses race, their performance data etc etc goes into a complicated equation and produces a rating number to summarise all the data.

Using these Ratings as Ranked data; so highest value is ranked 1, second highest 2 etc. within each race we would hope to see those horses from the best ranks winning more often if the original ratings have any merit.

As a quick ‘Look-see’ I have plotted the cumulative profit by following the Top 2 ranked ratings for the last 18 months for RP, TS and O ranked ratings. 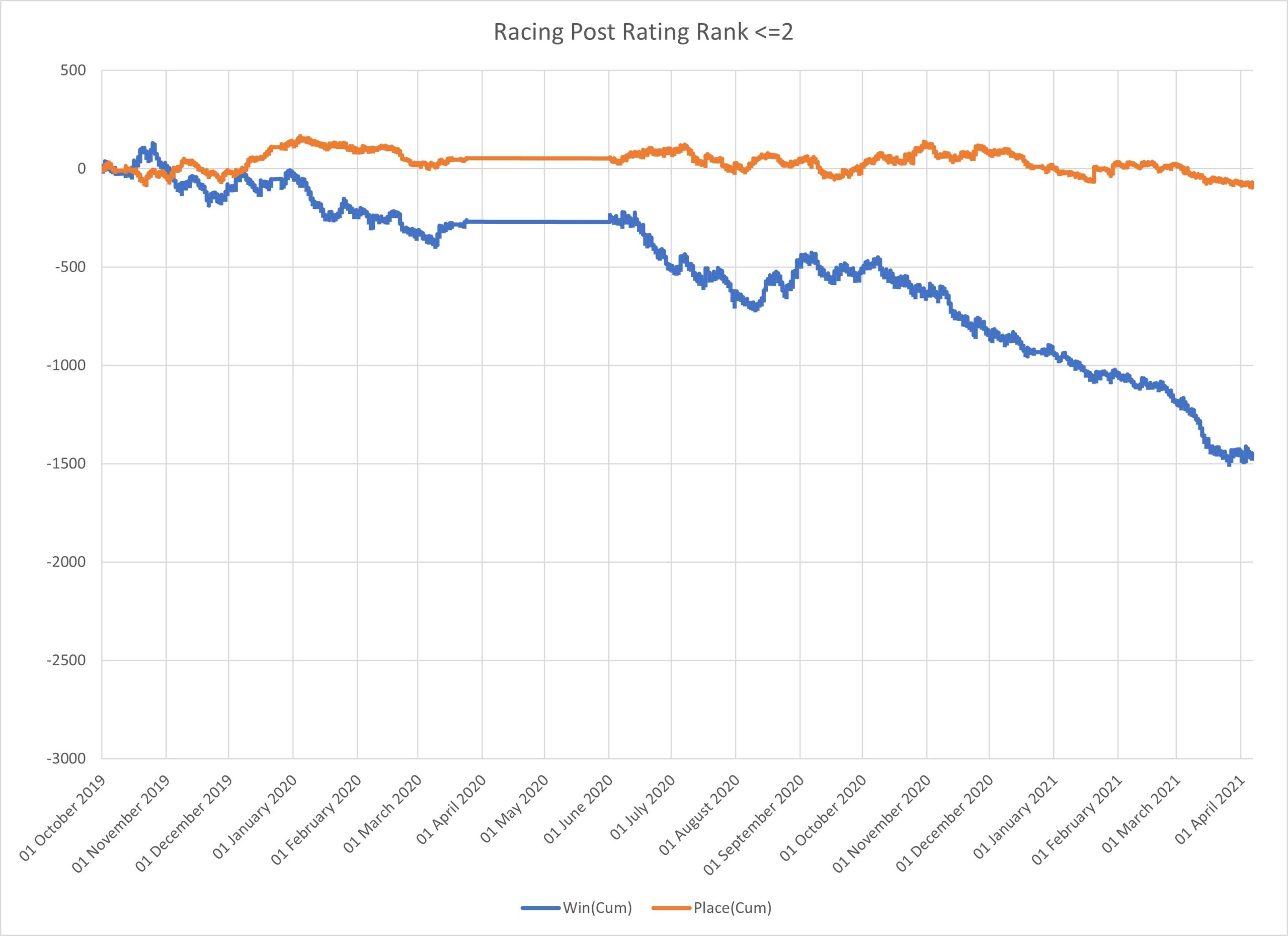 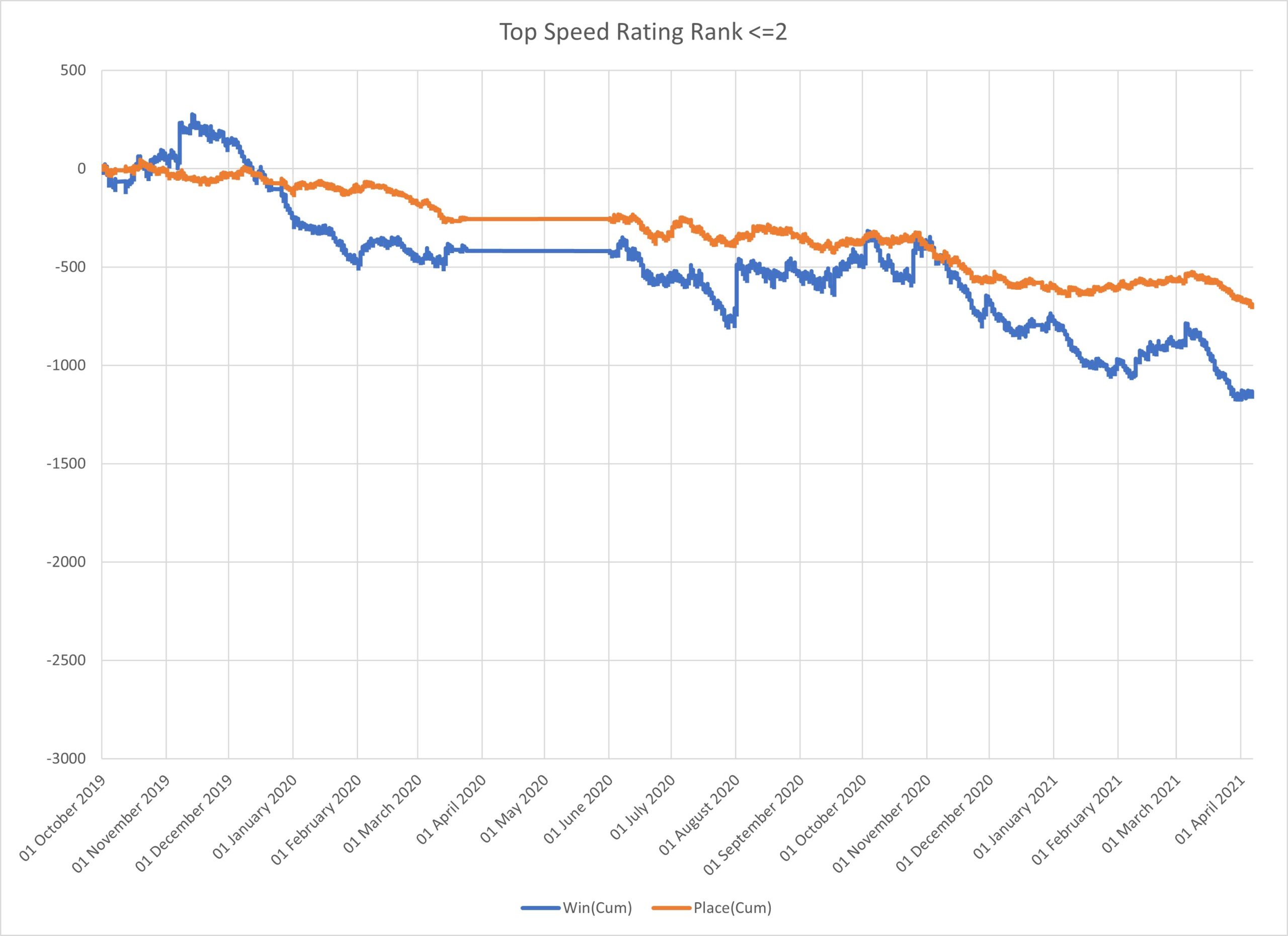 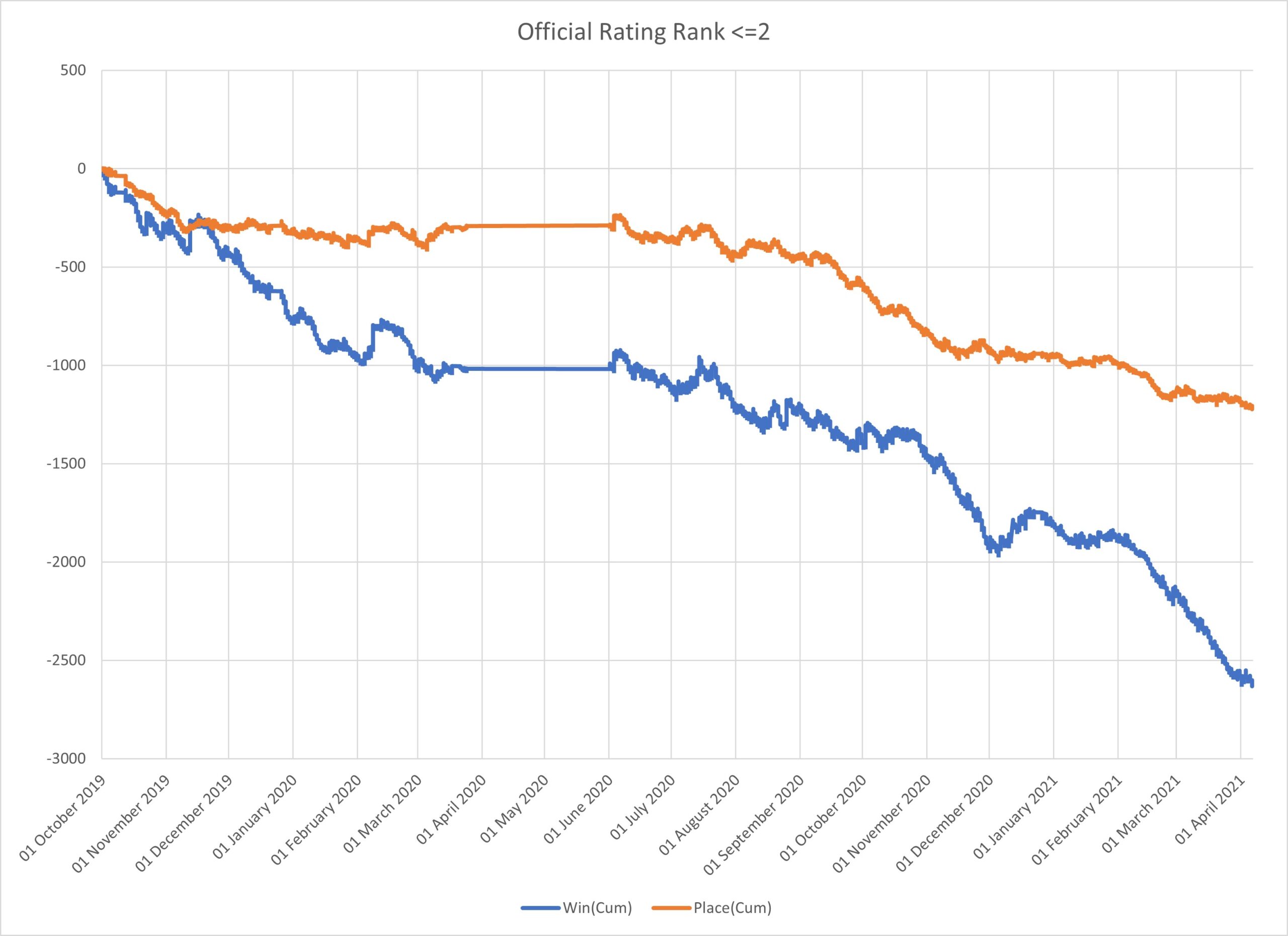 Firstly, by backing all these you are not going to get a nice shiny Lamborghini, (though there may be some angles to explore for selections to Lay but I’ll leave that for a future article).

What interests me is the slope of the trends which equate to rate of loss.

I may be approaching this slightly simplistically but if the method for calculating the ratings has not altered then the reason for the change is beyond the scope of the rating method and this brings us back to some of the reasons mentioned at the start of the article: Race Code, Weather variability, Festivals.
What I’m getting round to saying is that probably no singular approach or method can be applied across the racing calendar and achieve consistent month on month profit.

As an example, one of the Presets, “Agreement” uses the Ranked Ratings
It looks at those horses which of the three ratings are viewed as ‘Top 2’.

Looking at the plot below we can see trends that mirror both grouped and individual traits of the ratings. 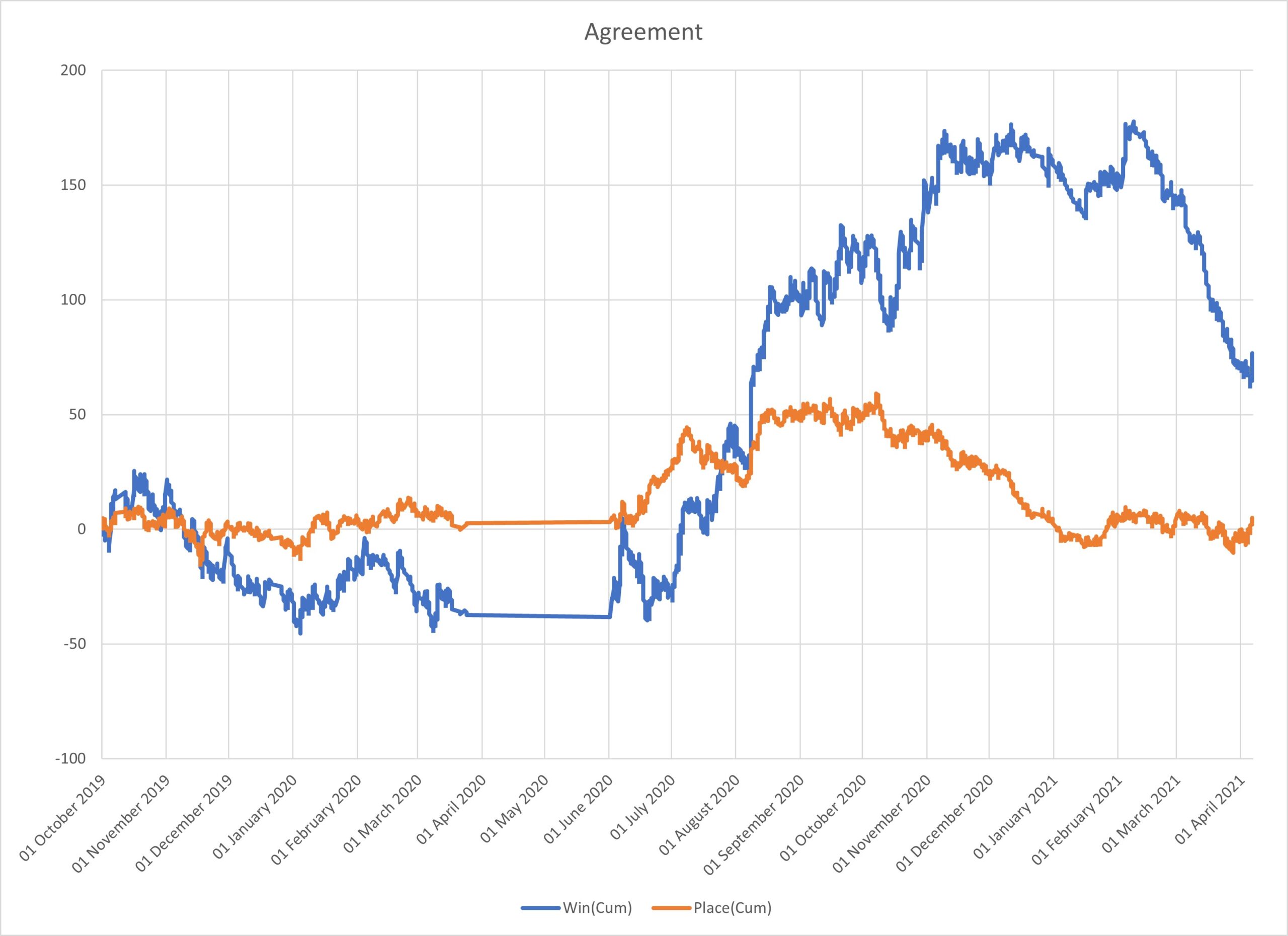 However, what I see is a profitable system to follow for the Flat Season. I’ll be cautious because we are only looking at a smallish dataset but June to November last year is very good for both Win & Place Markets. If you notice I have included the first few days of April and that is looking positive.

In future I will probably only follow ‘Agreement’ for the Flat season.

So, maybe a little more long-winded and round the houses than I intended at the start but what I’m saying is ‘Don’t Panic!’.
Take a measured view of what is happening to a system, try to understand how it is working or not. Also, don’t rely on a single system in your portfolio to give you constant profit; try to be diverse and if possible have multiple niche angles.

In this I have only looked at one of the preset systems, over the next month I’ll endeavour to pick apart the other presets to guide us all to a balanced portfolio.

I hope you chose to follow the Cheltenham system published here last month which found us a little profit. My intention was to have something similar ready for the Aintree meeting and maybe the Grand National. As yet nothing is making me want to commit to print.

However I’ll persist and if I find something useful in the next couple of days I’ll add it to post.